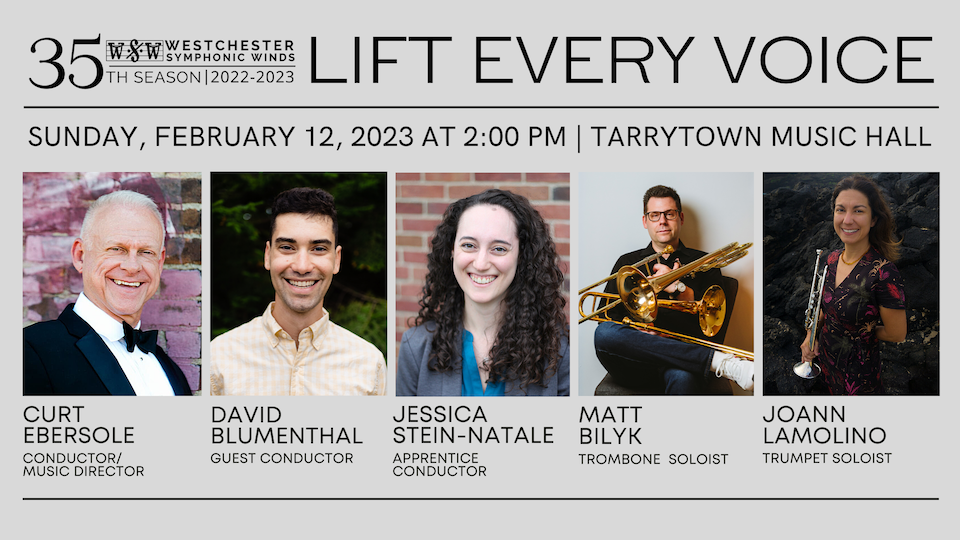 Westchester Symphonic Winds (WSW) opens the second half of its 35th Anniversary Season on February 12, 2023 at 2 pm at the Tarrytown Music Hall. The first concert of the new year, “Lift Every Voice,” is a unique program of music for wind band highlighting new compositions by American composers.

Celebrating its 35th anniversary, WSW highlights another milestone with its programming for the concert: the 50th anniversary of the publication of Sketches on a Tudor Psalm, by Fisher Tull. Other compositions featured on the program include works by Kevin Day, Jack Stamp, and Kelijah Dunton.

Curt Ebersole, conductor/music director, said, “This concert’s finale is particularly impactful. Omar Thomas used Lift Every Voice and Sing as the basis for Of Our New Day Begun, and it truly strikes at the very soul of our nation’s current struggle with equality.”

As the season continues, gifts in recognition of the ensemble’s 35th Anniversary can be made by visiting their campaign online at https://donorbox.org/wsw-35th-anniversary-fund.